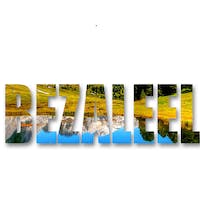 This series is about empowering everyone (and anyone) to create mobile applications with the Flutter SDK and the Dart programming language. In this article we will focus on understanding the what, why, and how of Flutter.

Flutter is Googles Mobile Sdk for building beautiful natively compiled applications for Android and iOS devices from a single codebase. Whether you are beginner or you come from the world of Native iOS development or native Android development, Flutter makes it easier to create Cross-platform mobile apps in a familiar, simplified way, without ever giving up control to the framework.

Flutter combines the quality of native applications (speed, native UI) with the flexibility of cross-platform development

(deploy and run on many different mobile devices from a single codebase).

What’s more, Flutter is an open-source framework which developers – both individual and from all-size tech companies – loves dearly and contribute to making it better.

As of this writing, NuBank, BMW, Google AdWords, Alibaba, and (to name a few) are using Flutter in production. You can see more examples of who's using Flutter on Flutter's website on the showcase page .

The first steps to using Flutter is installing the Flutter SDK (which will also install Dart SDK), Android Studio & Git. In this Flutter For Beginner’s Series, I will be using Visual Studio Code as my default Code Editor, Follow this my guide to setup your Flutter development environment .

Should you try Flutter? If you want to make buttery smooth, very beautiful mobile apps in a familiar style, then yes! The performance and developer experience are top notch.